The campaign of 2019 is closed and again, we broke another record as we together collected SEK 534 989 for Musikhjälpen! This time we rolled out the initiative with DreamHack as our official partner and with two famous Youtube and streamer profiles Samuel “SampeV2” Stronegger and Yacine “yzn” Laghamri as ambassadors of the year. Through activities such as DreamHack Summer, Musikgibbet, DreamHack Winter and the 'fundraising stream', interspersed with different efforts online, gamers and actors in esports and music collected over half a million cans and bottles.

In 2011, when Pantamera, in an attempt to reach a new target audience and chose to, it was a completely new approach in Sweden. The impact was great and in 2015 we were awarded the 'Campaign of the Year' in Stockholm Media Week and since then the collaboration with esports has developed even further. In June 2017, we launched 'Pantamera med Esporten' - an initiative where esports and music artists together would run a fundraiser for Musikhjälpen by competing against each other in the CS:GO tournament Musikgibbet. Together they collected over SEK 350 000, which were handed over by yzn from Tjuvjakt - the winning team of the year.

In September of 2018, Pantamera with Esports was launched. For three months, some of Sweden's biggest streamers raised money with their followers and major actors in music and sports such as, Dreamhack, Inferno Online and Spotify donated their deposit. On December 12, eight teams, consisting of gamers and artists, faced off in the livestreamed CS:GO tournament Musikgibbet where the winner got the honor of handing over the raised amount to Musikhjälpen. In total, the campaign raised SEK 509 331 and became the third largest donation in the country for Musikhjälpen. 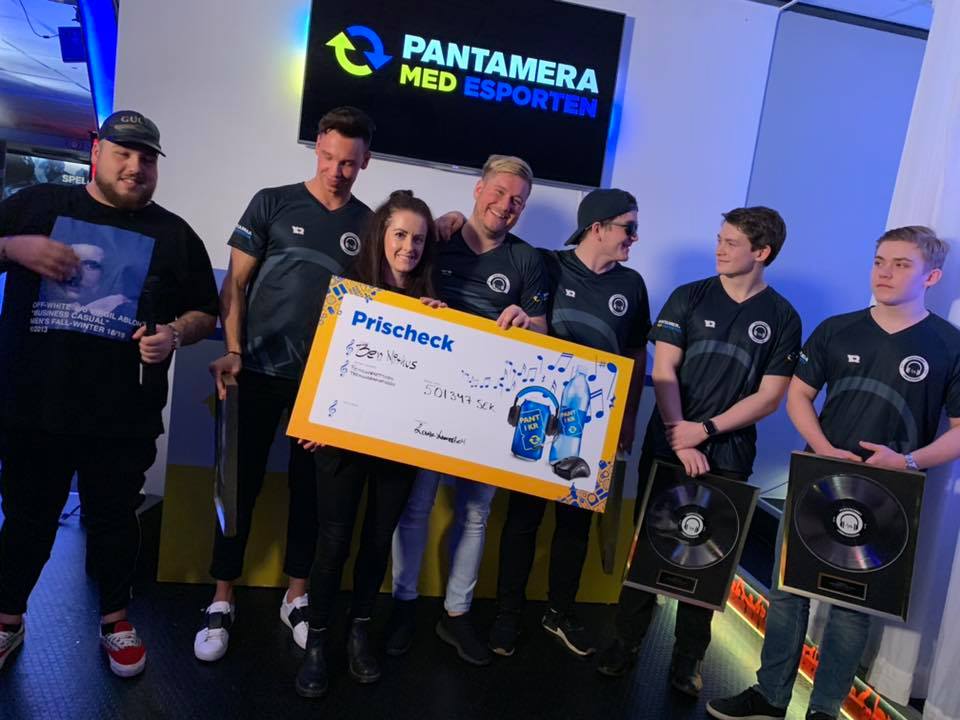 Winning team of Musikgibbet 2018 - Team Ben Mitkus, who visited Musikhjälpen the next day to hand over the check.